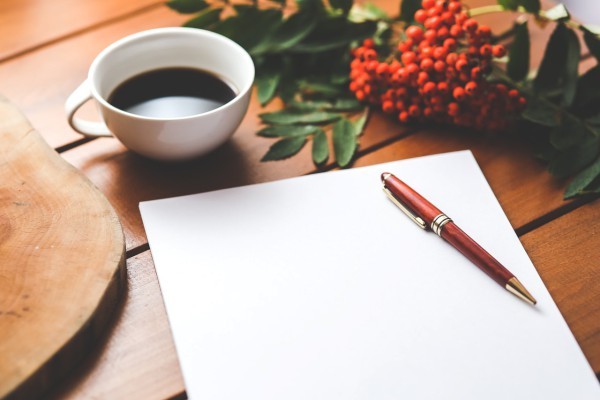 无忧考网英语听力频道为大家整理的英语听力练习圣经故事：该隐与亚伯In the Beginning，供大家学习参考:) “What came first, the chicken or the egg？” Has anyone ever asked you that question？If you remember our Bible lesson from last time, you can answer that question without even thinking! Of course the chicken came first! God made the creature first, and put the ability in each plant and animal to reproduce after its kind. God said that in His word, and we see that happening!

When God created people, He created full-grown adults with the ability to produce after their kind. Can you imagine the wonderful surprise when Adam and Eve had their first baby boy？They had never seen a human baby before! Eve named him Cain, which means “Gotten from the Lord.” Surely this darling baby with his tiny hands and feet brought much joy to Adam and Eve. How they loved him!

There was one who loved little Cain even more than his parents. God had made this first baby, even planned his life before he was born; and God loved him more than his parents. God loves you too, even more than your parents ever could! As your Creator, God has every day of your life in His hands, and He knows the very best plan for your life. Our pure and holy God longs to have you become a part of His forever family in Heaven! John 3：16 says, “For God so loved the world.” What wonderful plans God has for you because He loves you!

God loved Cain too, even more than his parents could. Soon God surprised Adam and Eve with a second son and they named him Abel. As the boys grew, Adam and Eve probably told them the sad story of how sin had ruined the perfect world God created. The boys would have seen Adam offer animal sacrifice for sin. No doubt Adam explained that the animal was taking their punishment for sin. He would also have told the boys about the promise God made to them in the Garden of Eden, that one day He would send someone to take away the curse of sin.

As the boys grew, Abel became interested in keeping sheep, and Cain loved gardening. Genesis 4：3 says, “And in the process of time it came to pass, that Cain brought of the fruit of the ground an offering unto the LORD.” Abel was also old enough to bring his own offering for sin, but instead of fruit and vegetables, Abel offered a lamb from his flock. The Bible tells us that God had respect for Abel’s offering, but not for Cain’s. That means God accepted Abel’s offering, but not Cain’s. Why？Hebrews 11：4 says, “By faith Abel offered unto God a more excellent sacrifice than Cain…” Abel had not only brought the sin offering that God required, but he had offered it with a right heart- he offered it by faith.

If you know the Lord Jesus as your Savior from sin, God wants you to not only obey His commands, but also to do it with a right heart, a heart of faith. Hebrews 11：6 says, “But without faith it is impossible to please him：(God), for he that cometh to God must believe that he is, and that he is a rewarder of them that diligently seek him.” A heart of faith causes you to not only obey God, but to do it because you love Him and believe His Word! Having a heart of faith will cause you to go to church cheerfully, not just because your parents make you go. Do you read your Bible, pray, and sing to the Lord with all your heart？If you know the Lord Jesus, it is important to do the right thing and to do it with a right heart, a heart that loves and believes God.

God saw Abel doing the right thing, and doing it with a heart of faith. That means a heart that loved and believed God. But when God looked at Cain’s offering and his heart, God was not pleased. Cain became very angry and resentful that God had accepted his little brother’s offering and not his own-and he pouted! God patiently reasoned with Cain, “Why are you angry？And why is your face so full of resentment？If you did the right thing, wouldn’t you be accepted？And if you didn’t do the right thing, then sin lies at the door. But you can rule over sin.” God was telling Cain, “Don’t waste time pouting, just go do the right thing and I will accept it. You don’t have to let sin rule over you- you can rule over sin.”

Sin is when we do things that do not please God. You may think you are doing something for God, but if you are doing it your own way and with a prideful heart, that is sin. Sin is when you resent that others receive a better grade than you. Do you pout and resent it when someone corrects you for the wrong you’re doing？That is sin. God’s Word says, “The heart is deceitful above all things, and desperately wicked.” (Jeremiah 17：9) We are all born with that deceitful, sinful heart. God says if you continue on in your sin, you will be separated from Him and His perfect Heaven forever.

Even when God gave Cain another chance to do the right thing, Cain continued on in his sin. Cain could have easily gotten a lamb from his brother, and made the animal sacrifice that God required, but he did not. You may ask, “Why was it so important to offer an animal sacrifice rather than a fruit and vegetable offering to the Lord？” Hebrews 9：22b says, “…and without shedding of blood, is no remission.” It is God’s plan that the payment of sin would be blood, and without that blood God would not forgive the sins of the people. In the Old Testament, it was the blood of an animal, usually a lamb. When the Lord Jesus Christ, God’s Son, came to earth He was called the “Lamb of God, ” because He would shed His own precious blood for our sin, and suffer death for us. I Corinthians 5：7 says, “For even Christ…is sacrificed for us…” Jesus died on the cross, but He rose again the third day and now He is in Heaven. After His death, no animals would need to be sacrificed for sin.

But before the Lord Jesus died for sin, God required that an animal be killed, usually a lamb, and its blood be shed to pay for the sins of the people. When God saw the blood, He would forgive the sins of the person. God would not accept fruits and vegetables because it was not a blood sacrifice. Cain knew God’s requirement, but chose to go his own way. His anger and resentment grew toward his righteous brother Abel. One day when they were alone in the field, Cain rose up in anger, and killed his brother! Doesn’t it seem so terrible that Abel, who did the right thing would have to suffer, and Cain, who did the wrong thing, was the one who lived？Just think, however, where is Abel today, after all these thousands of years since he was killed？He is alive and enjoying all the wonderful things in Heaven with God! But what happened to Cain？Cain suffered something much more terrible than physical death. God saw what Cain had done, though no one else did. God asked Cain, “Where is Abel your brother？” Cain lied, “I don’t know, am I my brother’s keeper？” Then God said, “What have you done？The voice of your brother’s blood cries to me from the ground. And now you are cursed from the earth. When you plow the ground, it will not yield all those wonderful fruits and vegetables like it once did. And you will be a wanderer in the earth.” Then God, in His mercy, placed a mark on Cain so that no one would kill him.

What sad words complete our lesson today：“And Cain went out from the presence of the LORD.” Abel is right now enjoying the presence of the LORD in Heaven, with all its golden city and street, its awesome beauty and riches and happiness, but Cain is still separated from God, suffering forever in a terrible place called hell. How very sad that Cain had refused to admit his sin, and come God’s one way to have his sins forgiven.

If you have never believed on the Lord Jesus, won’t you come to Him today, admitting your sin and asking Him to save you？Jesus’ death on the cross is the only way God has made for your sins to be forgiven. Please go now to “How to Be a Child of God.”

If you have already believed on the Lord Jesus, do you realize how important it is to do your work for the Lord as Abel did, with a right heart, a heart of faith？This week, will you read your Bible and pray with a heart that loves and believes God？Will you go to church and serve the Lord, not because your parents make you, but because you truly believe and love God？Jesus said, “When the Son of man cometh, shall he find faith on the earth？” (Luke 18：8) The Son of man is Jesus and He will surely return from Heaven someday, perhaps today! Many today claim to be followers of Jesus, but they do not do the right thing with a right heart-a heart of faith. If you know the Lord Jesus, will He find you this week joyfully serving Him with a right heart of faith？